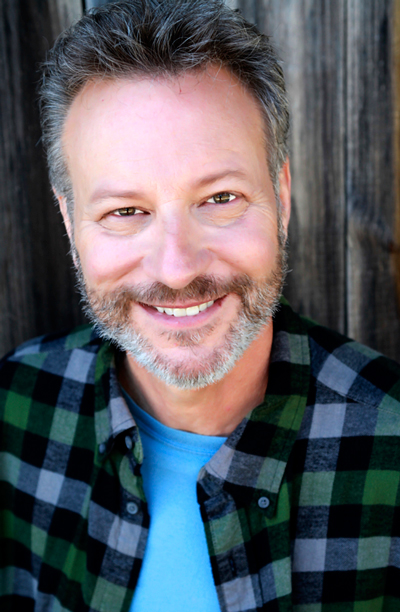 Al keeps a list of 41 addresses. It lists every place that he has lived. One of about 100,000 babies born at the U.S. Army Hospital in Frankfurt, Germany, Al’s first sense of being was winning a 4-H talent show in the 5th grade for which he credits Sister Colleen for recognizing his talent. In high school, in Louisiana, a friend encouraged Al to pursue theatre as a way to find his way.  Drama school was cost-prohibitive and since a higher education was parentally discouraged, Al left home at 17. While working a full-time job, in just 4 years, he earned a Bachelor’s Degree in Business with a Major in Management and a Minor in Marketing – all the while taking every theatre class that was offered.

After getting some specialized training and education, Al worked as an Industrial Engineer and Systems Analyst until an opportunity arose to pursue an acting career in New York City. He laughingly recalls getting the first part that he auditioned for, on his first day in NYC and thinking, “Wow, this is going to be easy.” Not so fast. As he always opens any new acting or improv class that he lectures, “If you can be happy doing anything else, do that thing.” (Read the Los Angeles Times article featuring Al.)

Al studied with Uta Hagen among others at HB Studios and as he puts it “did non-stop theatre” while in NYC. During previews for an Off-Broadway production of Company in which Al had the lead (Bobby), his apartment was burglarized and cleaned-out. He fulfilled his six month obligation to the show and then moved back to Louisiana and started an advertising agency. Although his agency won several awards, Al still longed to perform. So he moved to Los Angeles after proudly completing all of his contracts and making good on all of the agency payables.

Al studied with the late Nina Foch and has most notably appeared in Angel, Driving While Black In Beverly Hills, numerous improv shows and several national commercials, including Taco Bell’s 2013 Super Bowl spot. Al prides himself on being able to make any character, in any situation, very real. (As one critic put it, “the death throes played by Al LeBrun were agonizingly real.”)

“For the first time in my life, I feel real support” says Al of his devoted wife Elizabeth, who works in television production and, along with Maggie the dog, makes up his happy family. Elizabeth rescued Maggie from a shelter 13 years ago and for five years running qualified and competed at the international dog agility championships.

A few years ago Al finally became a proud homeowner through no small effort from Elizabeth. Perhaps his list of addresses will slow its expansion. Stay tuned.